CALM: A PETITION IN FAVOUR OF THE PSYCHOANALYST RAJA BEN SLAMA

LACAN INSTITUTE
COMMUNICATION FROM THE CALM

former president of the Ecole de la Cause freudienne
I have just been informed of the
warrant that has been issued against RAJA BEN SLAMA. Having close ties
with Tunisia, I cannot remain indifferent to the fate of my Tunisian
colleague, nor to the destiny of the freedom of expression as such. As a
consequence, and with the “nihil obstat” of Professor Fethi Benslama,
brother of Reja, consulted by Jacques-Alain Miller, I am launching the
following petition.
A PETITION IN FAVOUR OF THE PSYCHOANALYST RAJA BEN SLAMA

The undersigned, concerned not to interfere in Tunisian political
life, but unconditional defenders of the freedom of expression in
Tunisia as in all countries, demand the Tunisian authorities to abandon
their investigation of psychoanalyst RAJA BEN SLAMA for a crime of
opinion. They require that the warrant that was issued against her
yesterday, Thursday 21 February, be cancelled rapidly.

They will be attentive to the guarantees that protect Human Rights in Tunisia following the “Arab Spring”. 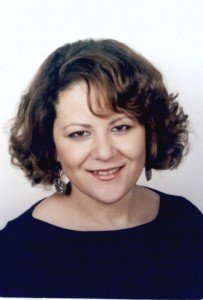