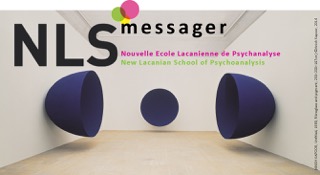 Two years ago we followed with great attention
the consultations which took place in Belgium on the law regarding mental
health care professions and their outcome in a vote that not only did not
exclude any of them, but also testified to a compromise, a rightly found
balance even, between diverse tendencies and which especially recognized the
place of exception of psychoanalysis and its differentiation from
psychotherapy.

Today, we are deeply concerned due to the
putting into question of this law and because of the new project secretly [catimini]
developed by a Belgian politician, which proves to be -in the most arbitrary
manner possible-, a senseless attack against the practices of speech. This is
nothing but an unprecedented regression with regards to what was won by dint of
exchanges and constructive debates.

This project, based on a scientist ideology and
advocating authoritarian methods, is a bringing into line of practices where
freedom of speech is a fundamental principle for them to be exercised.

This project violates the freedom of all those
engaged in these practices, both of practitioners and patients.

This project is not only the concern of our
Belgian colleagues and friends of the Kring voor Psychoanalyse van de NLS,
the ACF-Belgium and the School of the Freudian Cause (ECF). It is also that of
those who work so that these practices will continue to treat the suffering of
men, women and children who access and use them.

That is why we give our unconditional support to
those who fight for this project not to destroy what was responsibly and hardly
won, and for the legal framework for practices of speech not to be made of
constraint or exclusion. The struggle that has once again arisen is our own,
today  more than ever, in terms of what we share of more important in our
School, the NLS, namely, the future of psychoanalysis in Europe.