ECF 45th Study-Days: “The couple, it is the heart’s matter, do you believe so?” by Patricia Bosquin-Caroz 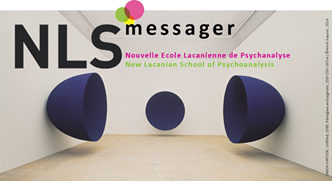 The couple, it is the heart’s matter, do you believe so ? by Patricia Bosquin-Caroz

I would say that it
is above all a matter of the heart, and therefore, of the body. It is not about
the physical body but the body as it is affected by language, by words, which
can occasionally hurt the soul.

That body is not
the same, whether one is a man or a woman; the one and the other are not
affected in the same manner. A split in a romantic relationship, thus, doesn’t
have the same consequences for a man as it does for a woman.

One knows that
Freud made out the loss of love to be the equivalent of castration for a woman.
With Lacan and Jacques-Alain Miller, from the logic of sexuation, we have read
about the clinic of the breakup and its effects of affect, as it divides the
masculine from the feminine.

In one case, it has
to do with the symptom and in the other with devastation.

Thus the body,
whether masculine or feminine, always suffers differently from the wounds of
love. Freud and Lacan have also permitted us to grasp the clinic of the breakup
through the bearings of structural
diagnosis.