HURLY-BURLY
“In this respect, I would like to iterate just what an instrument
of public service the journal of the New Lacanian School is”
Eric Laurent

“[…] Lacan enters the debate opened by the first page of the Antimemoirs as someone who is very well informed. Although we shall have to come back to the invigorating nature of Lacan ’s critique, we may note that there is an indisputable moral integrity when, “hystericising” his own stance, Malraux asks, exhausted by his uncommon ordeals: “What is a man?”, because he doesn’t content himself with simply saying that it’s not the same thing as a grown-up. By default, Malraux deserves credit for not proposing that a man is a father and that being a father means having children.

Since being a father is not a matter of knowing how to have children, does it mean knowing how to face up to the idea of losing them? This is not a way of getting out of this serious issue by some intellectual pirouette. Rather it takes us back to a long tradition that stretches from Golgotha to the nation’s sacrifice of its sons as inscribed on the monuments to the fallen. Recall if you will, although developing it here would lead us too far off track, that what Lacan had already been diagnosing before the war as the “decline of the father”[1] does not sit in the same line as this tradition which ultimately does no more than pass the consequences of the paternal metaphor onto the child, and does so because the Name-of-the-Father is a dead father. Lacan’s commentary in his Seminar on the famous Freudian dream, “Father, can’t you see that I’m burning?”, does not go in the direction of an exploitation of pathos, but rather turns towards the enigma of the desire of the Other.[2]”

Francois Leguil raises questions about what constitutes a grown up, a child, a man and a father. These concepts, that are etymologically simple, are semantically charged and complicated. From Freud to Lacan, from religion to psychoanalysis, the author of the text attempts to answer some crucial existential questions “of being”. 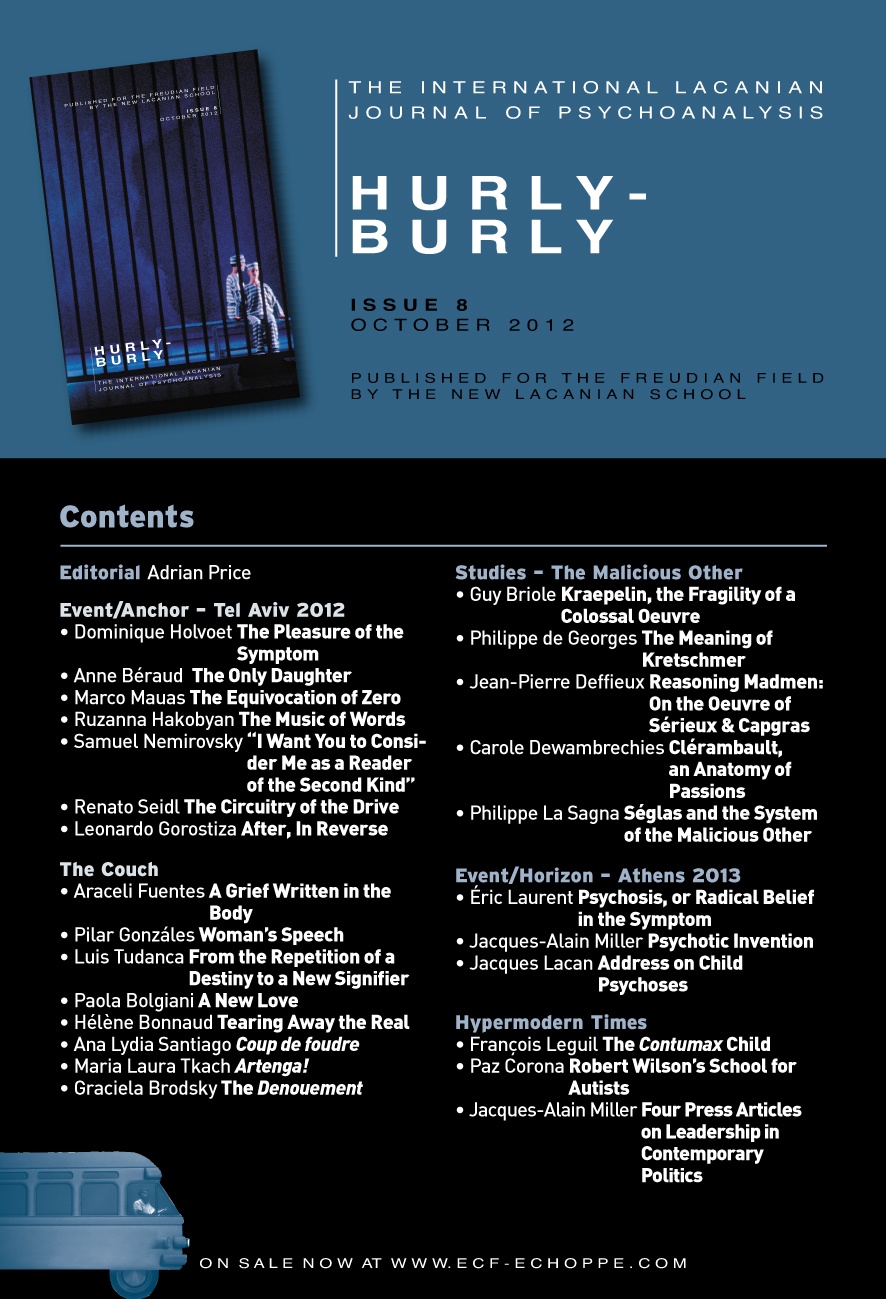