​ICLO-NLS 5th Study Day: The Unconscious. For and Against.

With Lilia Mahjoub, President of the NLS
Dublin
11th March 2017 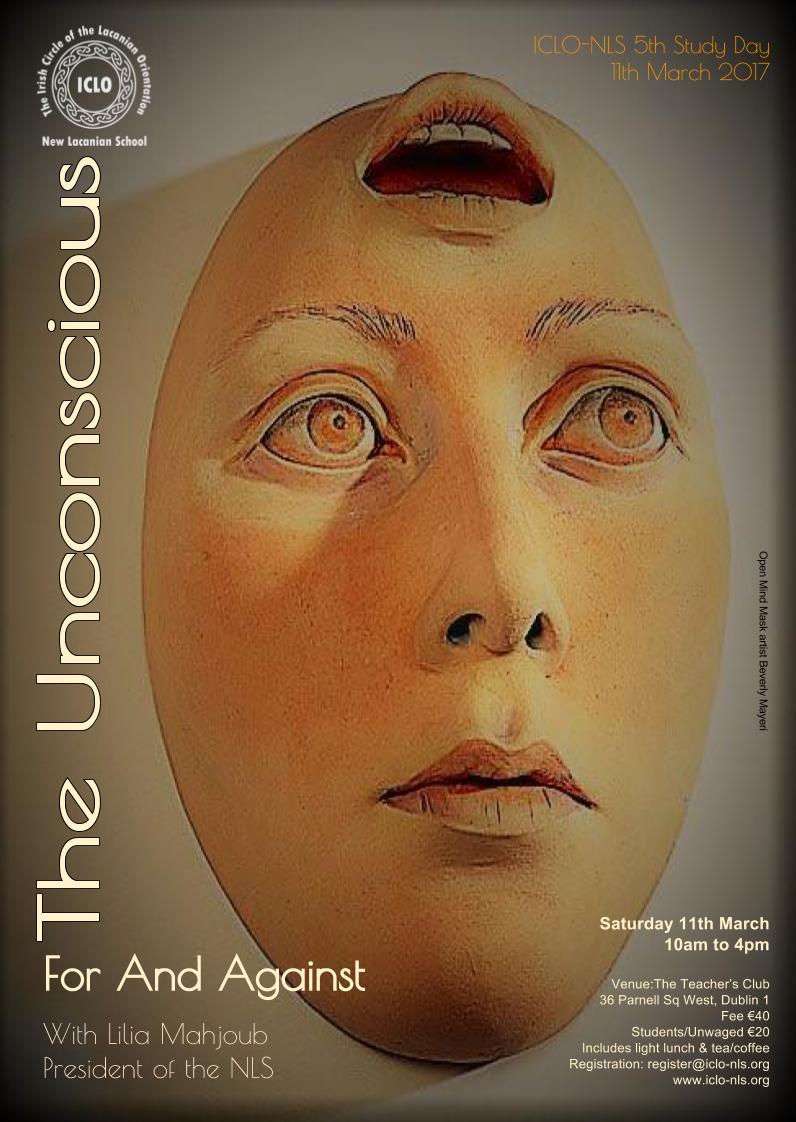 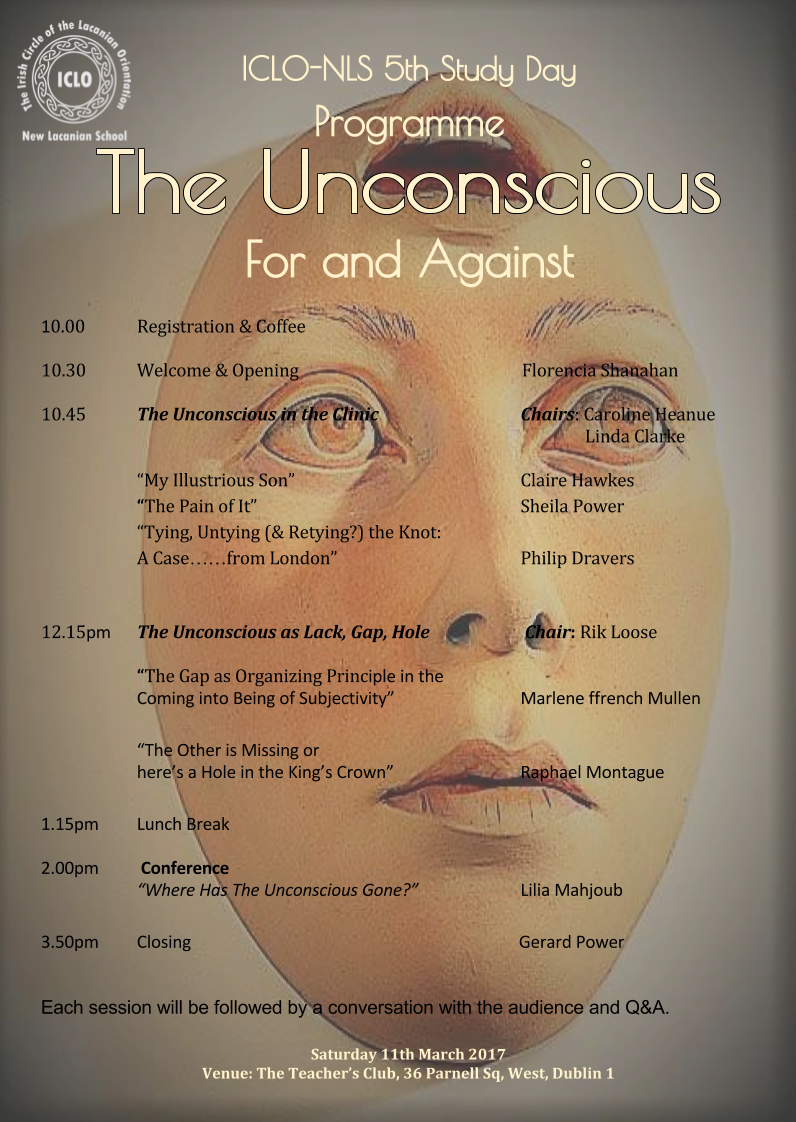 Psychoanalysis was born from allowing and encouraging people to speak freely, to ‘say everything and anything that comes to mind’. This brought to light, in language, the fundamental split of the human subject: a dimension beyond one’s rational control and one’s conscious intentions. Freud called it the unconscious. It is ‘another scene’, a knowledge that one does not know one knows and of which one does not want to know anything about.

This dimension concerns one’s desires, conflicts, trauma and suffering. It concerns creativity and invention too. What has been rejected and what has been taken on. The impact of words on one’s body. What has been said and what has been silenced. What emerges in disguise. The particular way in which one makes sense of the point of real that has marked one’s existence. The threads of one’s history throughout generations and the unique fabric woven around the hole of what cannot be said. The singular truth of each, and what lies beyond truth. Something finds a way from there via dreams, jokes, slips of the tongue and symptoms.

The 5th Study-Day organised by ICLO-NLS will explore and question how the hypothesis of the unconscious is reformulated today, following Lacan’s teaching. How is the Lacanian unconscious differently conceptualised and treated from that of Freud? Where does the pathway of the unconscious lead to in an analysis? Does analysis work for or against the unconscious? How is the unconscious taken into account in the work in institutional settings (schools, hospitals)? What happens –clinically and socially-  if the human being is reduced to his behaviour, volition and cognition, if the ‘other scene’ is not taken into consideration?