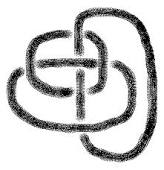 The London Society
of the New Lacanian School

Our theme of work for this year is

WHAT CANNOT BE SAID
Desire – Fantasy – Real
It is the title of the 12th Congress of the New Lacanian School, which will take place in Ghent, Belgium, on 17 and 18 May 2014.
The Argument for this year’s work, with the above title, is based on Jacques-Alain Miller’s speech last May in Athens, The Other without Other, which elucidates Lacan’s trajectory in the recently published (in French) “Book VI, The Seminar, Desire and its Interpretation“.
(J.-A. Miller’s Speech is here attached in French until a translation has been produced)
To follow NLS-Messager, the information list of the NLS where all activities and texts are regularly circulated, sign up at https://amp-nls.org/page/gb/42/sinscrire-nls-messager
Dominique Holvoet’s Argument just appeared in English there (NLS-Messager number 805 EN, 11.9.2013).
The London Society will henceforth take up the theme of the Congress and its references through different tools of work:
Individual study
Cartels
Reading-groups
Electronic cartels ‘Towards the Congress in Ghent’
The NLS-Knottings Seminar
Cartel-Presentations
The NLS-Seminars
A Clinical Conversation

CARTELS: We encourage everyone to work in cartels this term and if they choose to, to present some work at specially reserved times in the programme this academic year. Please contact the Bureau if your cartel would like to book into one of the available slots on 15 February or 5 April 2014.

ELECTRONIC CARTELS ‘Towards Ghent’: Deadline to register individually or as a cartel is 15 September by email to d.andropoulou@yahoo.gr . Sign up to NLS-Messager https://amp-nls.org/page/gb/42/sinscrire-nls-messager to receive all the necessary mails to take part in this special device.
NLS-KNOTTINGS SEMINAR: A special occasion with invited colleagues of the NLS – a representative of the NLS Executive Committee with a theoretical paper, a colleague from a different NLS Society, a colleague from an affiliated NLS Group, and a local colleague all presenting clinical papers, on the Congress theme. The most important event of the year, building a sense of our School and our working community in action.
NLS-SEMINAR: The NLS-Seminar on the theme of the Congress will take place twice this year, with an invited speaker of the WAP commenting on aspects of ‘What Cannot be Said – Desire, Fantasy, Real’. This theme, itself derived from the proposition ‘The Other without Other’, is especially pertinent in this, still a little new, 21st Century where the Other of the Other, the guarantee, has almost definitely gone awol.
CLINICAL CONVERSATION: A new format will be introduced to make this a day of study and commentary for clinicians who have signed up prior to the event. To take part in a rigorous exchange of clinical work on a theme to be confirmed and communicated in due course, please follow future emails in which the procedure shall be explained.
For the Bureau:
Natalie Wulfing
Chair, London Society

Other Dates in our Calendar:

28 June 2014 [NB: not confirmed] – Psychoanalytical Notebooks to Celebrate 15 years (London)
J-A Miller’s speech in French, and the NLS-President Dominique Holvoet’s Argument are available at www.amp-nls.org. The translation of Miller’s speech will be published in the forthcoming issue of Hurly-Burly.
www.londonsociety-nls.org.uk
Back to list