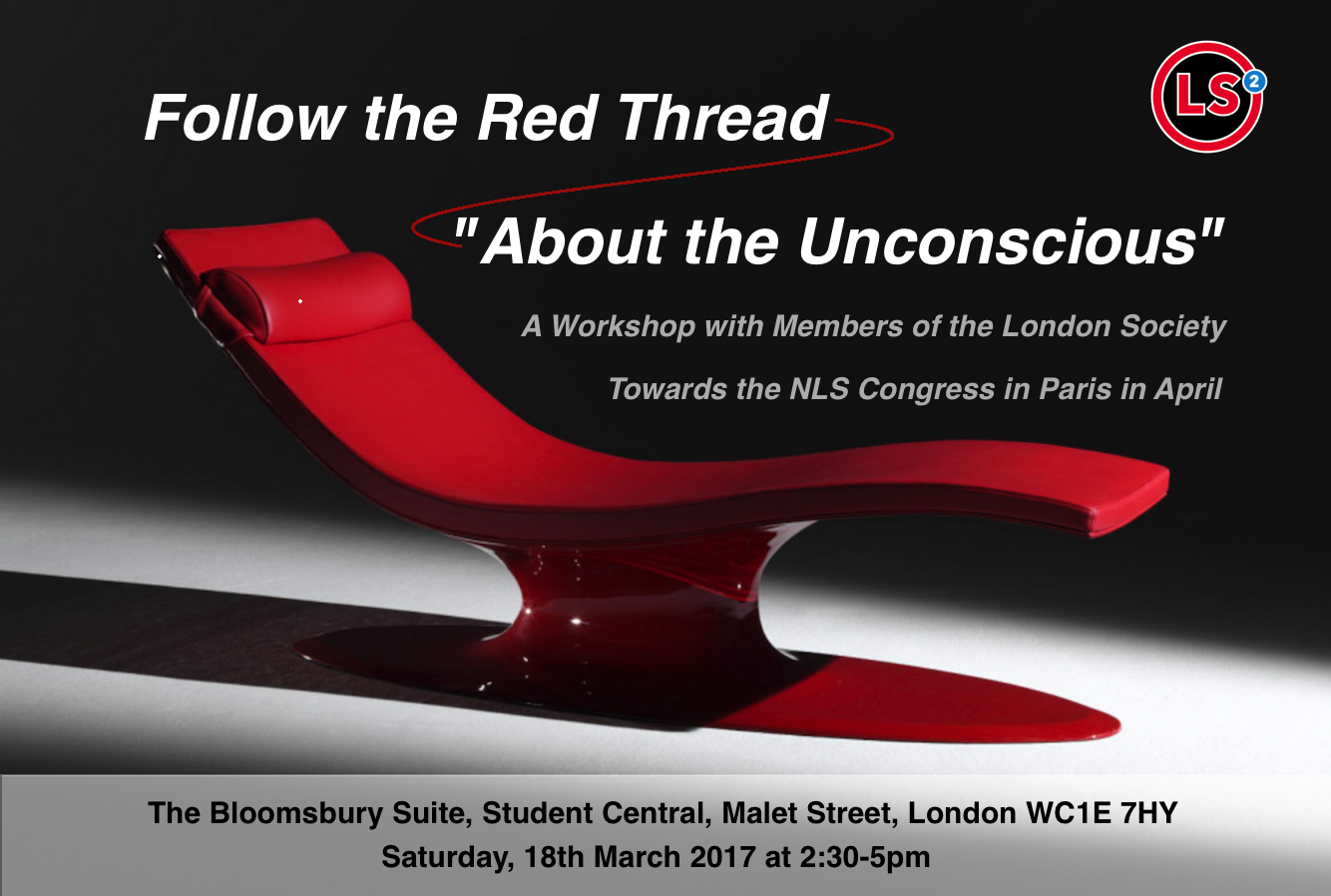 This Saturday, the London Society will be holding an afternoon Workshop on the theme of the Next Congress: "About the Unconscious: Place and Interpretation of Formations of the Unconscious in Psychoanalytic Treatments", with the participation of Philip Dravers, Thomas Harding, Michele Julien and Bogdan Wolf, to say nothing of the lively discussion to be held with an audience of members and non-members alike.

The title of the Workshop picks out the guiding thread or "fil rouge" used by the NLS on its Congress website to evoke, among other things, the topology of the Borromean knot, developed by Lacan in his late teaching, where the real, the symbolic and the imaginary are redefined as radically heterogeneous elements whose interrelation is assured only by the addition of a fourth 'supplementary' thread that knots them together: namely, the symptom. In such a clinic, the structural failure implied by the real is there from the start and the knot constitutes itself relative to a 'slip' that, from a certain perspective, is that of the knot itself. Join us as we attempt to circumscribe the hole constitutive of the unconscious – and around which this knot takes form – while considering the place and interpretation of formations of the unconscious in relation to various aspects of Lacan's teaching, clinic, topology and politics.

"Don't hesitate! Pull on the thread – yes, dare…. Follow the thread, and it will take you straight to…."