The Planning
Committee for the Miami Symposium
2013 thanks each and every one of the participants who made this event possible
with their attendance and their work, and who were able to transform this
meeting into a real “Festival” of epistemic and human exchange, as Pierre-
Gilles Guéguen indicated in his recent article for the Lacan Quotidien No. 329.

Colleagues from
19 countries actively participated in this event, sharing their clinical singularities
and knowledge through their presentations. We’d like to highlight the vast
amount of attendees and the bountiful number of papers received. We’d like to
express special gratitude for this. The significant attendance, among which
Argentinians and Americans stood out by their numbers, was proof of the great
commitment to psychoanalysis. Further below is a graphic showing the attendance
breakdown by countries of origin.

In his opening
statement, Leonardo Gorostiza emphasized that the objective of the Symposium was to launch the first issue
of Culture/Clinic, a publication of
the University of Minnesota Press, edited by Maire Jaanus and Jacques Alain
Miller, with the collaboration of Marie-Hélène Brousse. Highlighting the significance
of this new publication, he pointed out that, according to what’s stated in the
editorial, the objective of this publication was to provide “a space for open debate and controversy, in
which the clinical experience, always unique, as well as the current state of
civilization, which must entails collective considerations, can exchange their
points of view and overcome what often becomes a paralyzing opposition between
the individual and the social.”

By locating the
coordinates of current times, he pinpointed that we live in an era that is now
frequently found outside the limits of the aegis of the Father and tradition, proving
the limitations of the Freudian Oedipus in finding a way to understand the
transformations of the clinical practice nowadays, as well as to shed light on current
social phenomenon. “As a matter of fact –he
concludes—we are confronted by what has
been called a feminization of the world, which might be one of the deepest
phenomena of our era, one that we can debate and discuss during this Symposium.”

This was confirmed through the development of
the table discussions. An intense debate took place in the plenaries as well as
in the simultaneous meetings, driving forward the formalization of several of
these topics, and displaying the value of the work done throughout the world
with Jacques Lacan’s teachings.

On Friday, May
31th at 1:30 p.m., the event opened with a presentation of Culture/Clinic by Maire Jaanus, Veronique Voruz, Scott Wilson,
Marie-Hélène Brousse and Russell Grigg, followed by a lecture by guest of honor
Joan Copjec with commentary by Elisa Alvarenga, Marie-Hélène Brousse and
Veronique Voruz. Afterwards, a roundtable of Miami professors Irma Barron and
Diana Barroso (CAU) with Daniel Brady and Nan Van Den Bergh (FIU) and
commentary by Pierre-Gilles Guéguen followed. The afternoon moderators were
María Cristina Aguirre and Thomas Svolos.

On Saturday June
1st, a full day of conference took place in which colleagues from all over the
world presented 64 papers in four simultaneous rooms, each with their
respective discussion, addressing various topics such as “The Women of Today,”
“Feminine Masquerade,” “Mother vs Woman,” “Women’s Destinies,” “Hysteria Once Again,”
“Madness, Women and film,” “Feminine Jouissance” and 25 other stimulating subjects.

On Sunday, June
2nd, the Symposium took off with a panel titled “Women of Today: Lacanian
Women.” Marie-Hélène Brousse, Flory Kruger and Jorge Forbes participated in the
panel, which was discussed by Leonardo Gorostiza. After the coffee break, during
the table panel titled “Female Psychoanalysts Who Have Finished their
Analysis,” four women, AE and former AE, discussed their experiences. They were
Graciela Brodsky, Anne Lysy, Silvia Salman and Ana Lydia Santiago, with
commentary by Eric Laurent and Angelina Harari as a participating moderator.

The Symposium concluded with a large table
composed of psychoanalysts from different countries, who, for five minutes each,
shared closing remarks with their event impressions. They were
Rômulo Ferreira da Silva, María Cristina Aguirre, Mauricio Tarrab, Gerardo
Réquiz, Nancy Gillespie, Jorge Chamorro and Jorge Forbes. Lastly,
on behalf of the Planning Committee, Karina Tenenbaum and Juan Felipe Arango
expressed special acknowledgement and thanks.

A true
“historical event” took place in Miami, and each attendee was a witness to it. In
a recent email, our colleague in Australia, Russell Grigg, called this event
the “Miracle in Miami.”

It is our wish
to see this miracle repeated, and to see the exchange expanded from north to south
and east to west of the United States, with the participation of our colleagues
throughout the world. This event enabled us to witness the results of the
constant clinical and epistemic work of psychoanalysts as a consequence of a
community that maintains a constant dialogue for the advancement of
psychoanalysis.

This Miami event
was made possible thanks to each one of the key players, and also thanks to the
constant work of the Lacanian orientation in the world.

We would like to
extend a round of applause to our guests, both national and international.

We give special
thanks to Jacques Alain Miller who, although he had to cancel his trip at the
last minute, was very present during the Symposium
through the constant quotes and elaborations that were brought up of his
teachings and guidance. 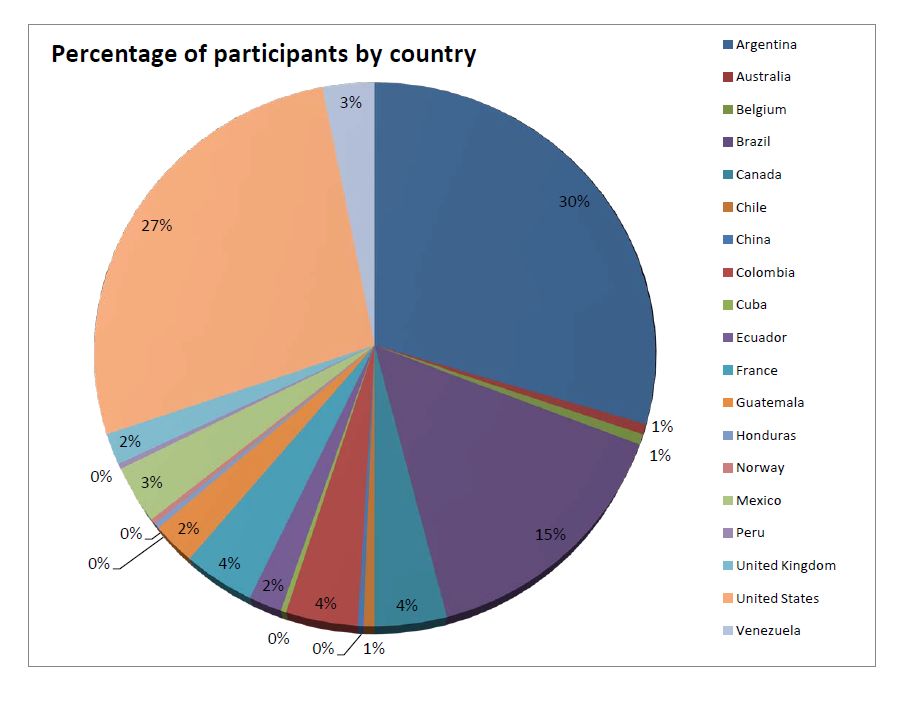 Lastly,
a particular acknowledgement should be made to those who contributed to
organizing this event in the US and in each one of the countries, a long list
of supportive colleagues among which are Fabián Naparstek, Angelina Harari,
Marcelo Veras, María Hortensia Cárdenas, Oscar Ventura, Florencia Shanahan,
Dominique Holvoet, Thomas Svolos,  and
María Cristina Aguirre,  who,
along with the editors of the “On the
Road ” newsletter, Juan Felipe Arango and Isolda Arango-Alvarez kept us
informed of the latest news.

For
those interested in purchasing some photos of the event, visit the Webpage of
the photographer who offered his services: http://www.prizmaphoto.com/tms2013.html

See
you next time!

On
Behalf of the Planning Committee