Here’s a First Tip on Participating in the Congress

Till a man has accomplished twelve books of poetry, the same is not taken for want of poetry but is forced away. No man is taken till a black hole is hollowed in the world to the depth of his two oxters and he put into it to gaze from it with his lonely head and nothing to him but his shield and a stick of hazel. Then must nine warriors fly their spears at him, one with the other and together. If he be spear‐holed past his shield, or spear‐killed, he is not taken for want of shield‐skill. No man is taken till he is run by warriors through the woods of Erin with his hair bunched‐loose about him for bough‐tangle and briar‐twitch. Should branches disturb his hair or pull it forth like sheep‐wool on a hawthorn, he is not taken but is caught and gashed. Weapon‐quivering hand or twig‐crackling foot at full run, neither is taken. Neck‐high sticks he must pass by vaulting, knee‐high sticks by stooping. With the eyelids to him stitched to the fringe of his eye‐bags, he must be run by Finn’s people through the bogs and the marsh‐swamps of Erin with two odorous prickle‐backed hogs ham‐tied and asleep in the seat of his hempen drawers. If he sink beneath a peat‐swamp or lose a hog, he is not accepted of Finn’s people. For five days he must sit on the brow of a cold hill with twelve‐pointed stag‐antlers hidden in his seat, without food or music or chessmen. If he cry out or eat grass‐stalks or desist from the constant recital of sweet poetry and melodious Irish, he is not taken but is wounded. When pursued by a host, he must stick a spear in the world and hide behind it and vanish in its narrow shelter or he is not taken for want of sorcery. Likewise he must hide beneath a twig, or behind a dried leaf, or under a red stone, or vanish at full speed into the seat of his hempen drawers without changing his course or abating his pace or angering the men of Erin. Two young fosterlings he must carry under the armpits to his jacket through the whole of Erin, and six arm‐bearing warriors in his seat together. If he be delivered of a warrior or a blue spear, he is not taken. One hundred head of cattle he must accommodate with wisdom about his person when walking all Erin, the half about his armpits and the half about his trews, his mouth never halting from the discoursing of sweet poetry. One thousand rams he must sequester about his trunks with no offence to the men of Erin, or he is unknown to Finn. He must swiftly milk a fat cow and carry milk‐pail and cow for twenty years in the seat of his drawers. When pursued in a chariot by the men of Erin he must dismount, place horse and chariot in the slack of his seat and hide behind his spear, the same being stuck upright in Erin. Unless he accomplishes these feats, he is not wanted of Finn. But if he do them all and be skilful, he is of Finn’s people.

Who is it? Said Finn.

I will relate three things and nothing above three, said Finn. Myself I can get wisdom from the sucking of my thumb, another (though he knows it not) can bring to defeat a host by viewing it through his fingers, and another can cure a sick warrior by judging the smoke of the house in which he is.

PS: Do you have difficulty pronouncing the names mentioned above? Wait for the next post. 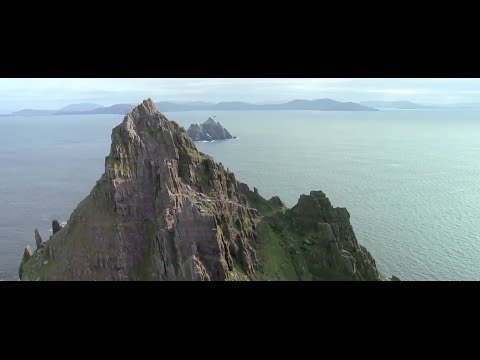 (Does it say something to you?)
Back to list